Hip Injuries and Treatment in Basketball Players
Posted on: 05 March, 2020 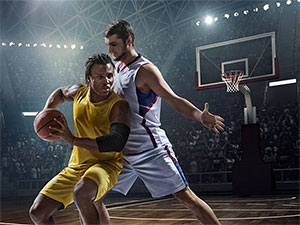 Basketball is a great sport and March Madness, with its dramatic upsets and uplifting narratives, makes the sport even greater. As one of the biggest sporting events in America begins to unfold this month, let’s look at some common hip injuries and treatments in basketball players.

Most hip injuries can be treated conservatively with the RICE protocol, which stands for rest, ice, compression, and elevation of the injured area. For hip injuries not amenable to conservative therapy, hip arthroscopy can be used to accurately identify and treat the problem through tiny key-hole incisions. Advanced arthroscopic techniques can ensure you return to the basketball court with minimal delay.